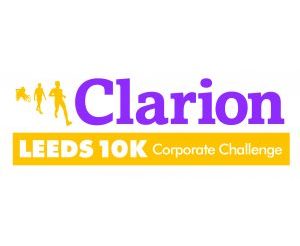 Run For All is part of the lasting legacy of the late amateur athlete and fundraiser Jane Tomlinson CBE. Jane, from Leeds, made headlines around the world by taking part in a series of incredible endurance events – despite being diagnosed with an incurable cancer. The mum-of-three defied her devastating diagnosis to complete challenge after challenge – from marathons and triathlons to ironman contests and cross-Europe cycle rides.

Her final – and toughest – endeavour was a 4,200-mile bike ride across the breadth of America in 2006. It was a gruelling challenge that even an athlete in the peak of fitness would find daunting, let alone someone fighting cancer. As ever, though, Jane battled on to somehow realise her goal.

By 2007 her declining health meant she was unable to take part in any more extraordinary undertakings. However, using the money she raised on her epic American adventure, Jane was able to sow the seeds for the Run For All Leeds 10K – the cornerstone of what would become her continuing legacy.

Today that one run has grown into one of the UK’s biggest not-for-profit events companies, providing a fundraising vehicle for a huge number of local and national charities. Run For All’s events programme features 10 Asda Foundation 10Ks – Leeds, York, Hull, Burnley, GEAR, Lincoln, Nottingham, Bury, Middlesbrough and Sheffield – Four half marathons including the Leeds Half Marathon, Sheffield Half Marathon, Derby Half Marathon and Hull Half. The Run For All programme finishes each year with the Yorkshire Marathon and Yorkshire 10 Mile.

Every year tens of thousands of people take part in our popular events – running for charity, for a personal challenge or just for fun.

While we’ve changed since that first Leeds 10K – not least by growing significantly, Run For All’s philosophy remains exactly the same; high-quality, great fun events for absolutely all abilities.